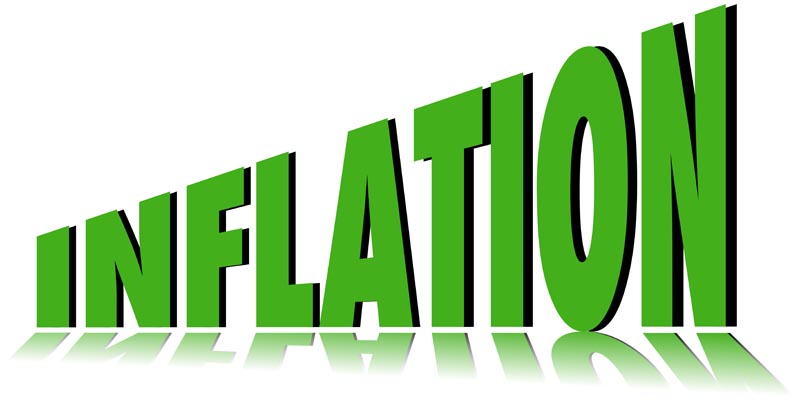 After a whip-sawed week of ups and downs, investors and traders were looking for some ‘bit’ of good news to build some confidence. A positive jobs report showed employers added over 263,000 hires in September, pushing the unemployment rate down to 3.5%, from 3.7%. As this ‘good news’ is normally a booster for the market, it actually was a ‘downer,’ as it prompts the Fed to rethink the inflation ‘dragon.’ Underlying is the ever present concern that more rate increases will ease the U.S. economy into a recession.

Markets sagged Monday as investors remained nervous, and in anticipation that the coming CPI (Consumer Price Index) being released Thursday will not show improvement in the inflation fight. With the already drastic tightening by the Federal Reserve, the overall feeling now is the damaging effects this coming report (CPI) will have on the indices, especially the S&P 500, always the most sensitive. Some analysts believe that a reading of over 8.3% in September would trigger serious drops, not seen in years. Ironically, the market soared on Thursday seemingly shrugging off more bad news. “Jamie Dimon, JPMorgan Chief Executive said, “Stocks may fall 20% from current levels depending on the economic outcome of the Fed’s actions,” and warned that the U.S. economy would be in recession by mid 2023. As Wednesday closed indices were a bit shaky. Also it marked the second time this year the Nasdaq Composite entered ‘Bear Territory.’ The Dow Jones Industrial Average and the S&P 500 have languished in ‘Bear Territory’ for some time as they have declined 20% from highs, and officially are marked as ‘Bears.’ On Tuesday the Bank of England Governor splashed water’ on the U.S. markets, saying that the United Kingdom’s Central Bank would ‘rescue’ pension funds, at all costs. His tendusay is to shoot from the hip and deal with consequences later.

As inflation continues to run unchecked (with tightening) traders and investors are unable to find market direction. As we have seen in the recent selloffs, heavy capital is flowing to safer havens, and especially the bond arena. “The question now is not will there be a recession, it’s when and how bad,” said Justin Wiggs, managing director of equity trading at Stifel Nicolaus. Thursday’s announcement will ‘tell the story’ of September’s inflation record. Also the coming releases of corporate earnings reports, starting next week will be telling. In the bond market, the 10-year Treasury inched up to 3.938%, a high water mark, from 3.883 on last Friday. Oil fell a slight bit to $89.21, after a week of ups and downs, not affecting gasoline prices.

As Thursday arrived, the hammer dropped, with the Bureau Of Labor Statistics releasing the inflation ‘number’…8.2% for September. Just a shade lower, down only -0.1%, not enough to give markets any positive feelings. Many economists and analysts were looking for that number to be 8% or below, some suggested 8.1%. In any event general consensus projects a tightening figure of 0.75 points, and some believe Mr. Powell just might come in at 1%. Even the PPI ( a measure of wholesale prices) rose 0.4% in September after falling 0.2% the previous month.

Steel and Iron-Ore lag the commodities….Natural gas continues to lead all commodities in steep appreciation. Even with the crisis in Europe it has not dulled the price of Natural gas as short supplies persist worldwide. Steel and iron-ore prices have slipped all year as over-production and demand has fallen. With recessions facing nearly all European countries, construction starts are falling rapidly. Nearly all base metals are affected.

Ray Dallo, of Bridgewater Associates, founder and longtime co-chief investment officer, who stepped down this past week, Barron’s “I no longer think cash is trash.”

Randall W., Forsyth, writer of UP & DOWN WALL STREET, in Barron’s “While we’re all Fed watchers now and focused on the central bank’s next move in its overnight federal funds rate target, the doubling of long-term home-loan rates has arguably affected the economy and the pace of price increases even more.”

John Murphy, BofA analyst, Barron’s “Auto makers are getting comfortable in their own skin at these lower volumes and not freaking out and having the extreme sense of urgency they would have had a year ago,” says Mr. Murphy. “They’re putting up record profits.”

Zack Jonson, chief financial officer at Stack Financial Management, Barron’s “Historically the best returns have come from stocks in market segments that have largely been forgotten by the average investor.”